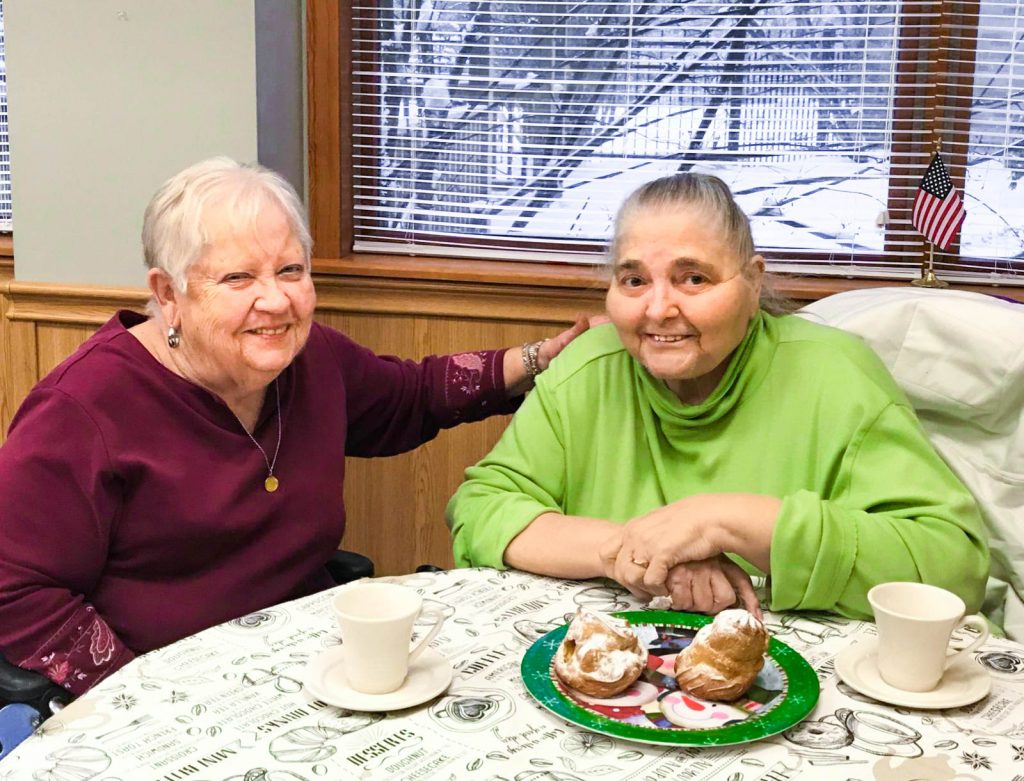 More than 50 years after losing touch, Coral Thornington-Roe and Alida Bloodgood reunited at Robinson Terrace Rehabilitation and Nursing Center. Alida discovered that her friend was also a resident and they had a wonderful, tearful reunion spending hours catching up on life in the intervening years. Administrator Mike Brown asked the ladies if they would like to be roommates and they were thrilled about their good fortune. “We look out for each other” Coral said. Alida responded, “If Coral is having a tough night and can’t sleep, I go over next to her bed and rub her arm until she falls asleep. It’s as if God put me here to help her.”

Our two residents attended Grand Gorge Central School (New York) together, then Roxbury High School, and were even bridesmaids at each other’s weddings. They lost touch over 50 years ago but often thought of each other and wondered where the other one was living. One of the ladies even tried to find her friend on the internet.

While looking for old photos of the pair (attached) we found a letter from Coral to Alida in their 1959 yearbook that reads “Best of luck to a real wonderful friend, I will always remember you. Love, Coral.” As she was telling over the story, Alida started to cry which put tears in everyone’s eyes.