A 107th birthday celebration for Gladys Musser, a resident at The Grand Rehabilitation and Nursing at Chittenango, took place Nov. 4 and included a large family gathering with cake and ice cream, a basket of flowers, a sparkling tiara and a commemorative certificate from The Grand.

Musser was born in Smyrna in 1912 and has been at The Grand since December 2009. She worked as a registered nurse for her entire life. Musser spent the first 10 years of marriage as a farmer’s wife. She then began supporting her family as a service worker in the local Oneida hotel. Musser later served as a nurse in Dallas, Texas, at the Christian Children’s Orphanage for eight years. While working in the orphanage on the day Kennedy was assassinated, Gladys had taken 14 of the kids out of the orphanage to sit on the knoll and watch his motorcade come through.

At age 66, she moved closer to family in the town of Chittenango.

She credits her long life to remaining active and staying sharp. 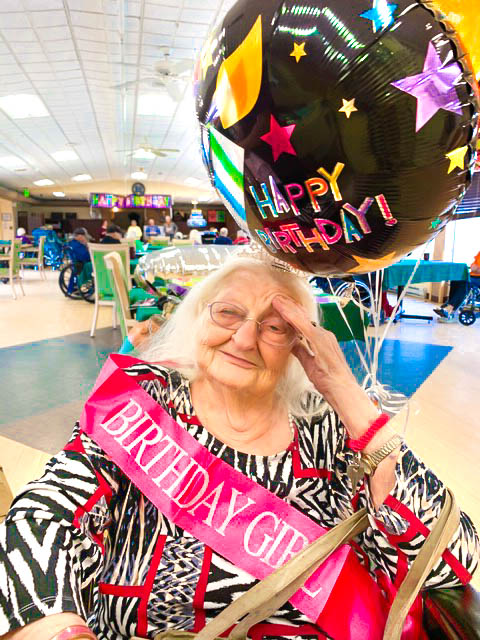